Re-live the NMC Commencement Ceremony from May 3, 2014.

The winning entries of the 2014 NMC Juried Art Show were announced at semester’s end and displayed in the Fine Arts Building on the main campus.

Trip to China: From their perspective

A delegation from Northwestern Michigan College consisting of President Timothy J. Nelson, Vice President for Lifelong and Professional Learning Marguerite Cotto, Vice President for Enrollment Management and Student Services Chris Weber and Executive Director of the the Dennos Museum Center Gene Jenneman visited China from March 8 – 19.  On Friday, March 14, Nelson, Cotto and Weber visited Wuhan Weiming Senior High School.  Here’s a report, in their words, from Weiming about that portion of the trip.

From NMC to President of TALENT 2025

Kevin Stotts enrolled at NMC in the early 1990’s and the decision was very easy.  He attended three different high schools by the time he began his senior year in Traverse City and wasn’t thrilled with the idea of moving again.  He was also unsure of what he wanted to study in college but knew he had a passion for history and politics.  The tuition at NMC was affordable and he felt that he could further explore his academic interests and hopefully save a little money before transferring to complete his bachelor’s degree.

Kevin noted that the faculty at NMC were outstanding, but two in particular stood out – Al Shumsky and Stephen Siciliano.  “I wasn’t a great writer when I entered college and Professor Shumsky was a tough but compassionate critic who helped me immensely.  Dr. Siciliano had this amazing way of teaching history through stories and he fueled my love of the subject that continues today.”

From NMC to Salamander Technologies 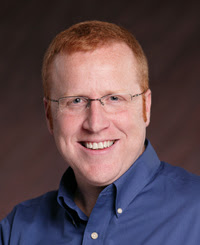 Longin Kloc (Class of 1999) was pursuing a dream to be a firefighter in Illinois when a friend he was dating, a native of South Boardman, Michigan, mentioned that NMC had an excellent program in visual communications.

He came to the quick realization that a disproportionate percentage of firefighters were volunteers and therefore decided to move to Traverse City to tap into his creative side enrolling in the vVisual communications program at NMC.

Longin shared that all his education funneled through NMC.  If it wasn’t for NMC, he likely would not have completed a bachelors and MBA at the University Center given his desire to stay in Traverse City for personal and professional reasons. Longin is currently the General Manager of Operations and Director of Marketing for Salamander Technologies in Traverse City.

Salamander provides first responders and emergency managers with the tools they need to manage incidents by offering a superior auto ID system that accounts for all personnel, verifies responder identities, and enhances situational awareness at an incident, emergency, or field event.

All my education funneled through NMC.

Longin had a wonderful experience as a student at NMC.  He looks forward to getting more involved with the College assisting students with internships and has had the rewarding opportunity to review Visual Communication’s capstone portfolios.

Perseverance and Success: From NMC to VP of J.P. Chase Morgan

Autumn Gillow is the Vice President of Commercial Banking at JP Morgan Chase. 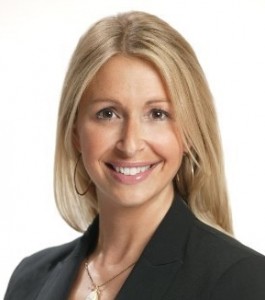 Why did I choose NMC?

First off, I was a very young mom.  I had my son (Kaden) when I was a sophomore in high school and we lived with my parents while I attended NMC.  My mom actually stayed at home with Kaden while I went to school and worked.  I think only now, as an adult with my own teenager, do I fully appreciate the support my parents gave and how critical it was to my obtaining a degree.