At your child’s school. Running a winery. Under the hood of your car. At your doctor’s office. Running a tribal government. Thirty thousand feet overhead, in an airplane cockpit.

All these are places where you’ll find graduates with four-year and advanced degrees, earned at NMC’s University Center (UC). They embody the fulfillment of a promise made 30 years ago, when a community-wide goal-setting initiative, Grand Traverse 20/20, determined that it was a top priority for residents to be able to earn bachelor’s degrees and beyond without leaving the region.

NMC stepped up to the challenge and need, and the UC opened in 1995 with more than forty programs offered by a dozen Michigan colleges and universities. In the 25 years since, UC partners have granted more than 9,000 bachelor’s, masters and doctoral degrees, plus specialty certificates and endorsements.

Programs are clustered in three main areas — business, education and health — and UC graduates have gone on to succeed as professionals, entrepreneurs and leaders. You’ll meet some of them here. Meanwhile, the UC continues to evolve. As more college students shift to online learning, the composition of the campus on Boardman Lake is changing. This fall, for example, the Greenspire School will begin offering high school classes in UC classrooms. Whatever community needs arise over the next five, ten or 25 years, NMC will be a willing partner to meet them.

“NMC has program flexibility that allows students to transition smoothly and confidently to institutions such as the University of Michigan.” — NMC alum Matthew Cunningham

From Belarus to NMC: Alena Hontarava

“I believe in reciprocity, and the power of education. If there are ten people who can give a little at a time, this small gesture will add up and make a difference in a student’s life. This is why I give to NMC. Because it makes a difference.” 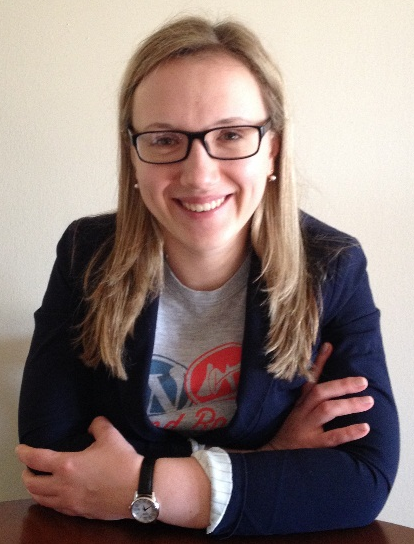 How did you get to NMC from Belarus?

My family moved to Florida from Belarus when I was 20. I wanted to go somewhere different for college and was drawn to Michigan given the abundance of water. NMC became the perfect fit as it is positioned directly on Grand Traverse Bay.

My time at NMC was very positive. What a wonderful community of caring people! The abundance of outdoor opportunities to hike, enjoy the water, and enjoy the culture downtown were definitely complimentary pieces to academics at NMC. Faculty and staff cared deeply about my academic success and I was able to make long-lasting friendships. The faculty taught me to love learning and care about the local community.

From NMC to President of TALENT 2025

Kevin Stotts enrolled at NMC in the early 1990’s and the decision was very easy.  He attended three different high schools by the time he began his senior year in Traverse City and wasn’t thrilled with the idea of moving again.  He was also unsure of what he wanted to study in college but knew he had a passion for history and politics.  The tuition at NMC was affordable and he felt that he could further explore his academic interests and hopefully save a little money before transferring to complete his bachelor’s degree.

Kevin noted that the faculty at NMC were outstanding, but two in particular stood out – Al Shumsky and Stephen Siciliano.  “I wasn’t a great writer when I entered college and Professor Shumsky was a tough but compassionate critic who helped me immensely.  Dr. Siciliano had this amazing way of teaching history through stories and he fueled my love of the subject that continues today.”