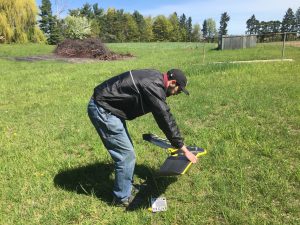 Earn a two-year degree in the specialized fields of Engineering Technology and, more importantly, graduate with the skills necessary to get a job in the ever-expanding markets that bridge the gap between the engineers and scientists – the strong, vibrant technical and production workforce.

We have combined this with areas of emerging specialized fields to prepare graduates for future industrial business needs regionally, nationally, and globally.

Ask the expert: Can Amazon really use UAS to deliver their stuff?

Online retailer Amazon created quite a buzz Monday when it released a video showcasing a future service it calls PrimeAir. Utilizing unmanned aerial vehicles, Amazon says by 2015, it hopes to deliver purchases to customers’ doorsteps within 30 minutes of order.