Steve Ursell is Head of International Aviation Programs at NMC and is originally from West Sussex, UK. He was a Flight Instructor for three years before setting up the International Aviation Program for NMC which now includes a number of partnerships with overseas universities in the UK, India, South Africa and South Korea. As part of this successful international program, this summer Steve set up and ran a two week Aviation Course for NMC aviation students in the UK.

After months of planning, five NMC aviation students and I departed Traverse City on August 11, 2013 bound for London, UK, to complete a two week UK aviation course. We completed the same trip two years earlier with eight NMC aviation students, and as per that year, all the students were excited about the prospect of a trip overseas, especially with a focus on aviation and flying.

We started off at the University of Hertfordshire which is one of NMC aviation’s partner universities in the UK.  Over the past three years we have had over 55 University of Hertfordshire students flight train at NMC, so it was nice for the partnership to take some NMC students there. The university has over 25,000 students and a large aerospace engineering department. Three days were spent at this university where students designed a wing, then built and tested it in the university wind tunnel. This short course enabled the students to appreciate the principles of aircraft design process, lift/drag ratio and how the design and shape of the wing can significantly affect aircraft performance. 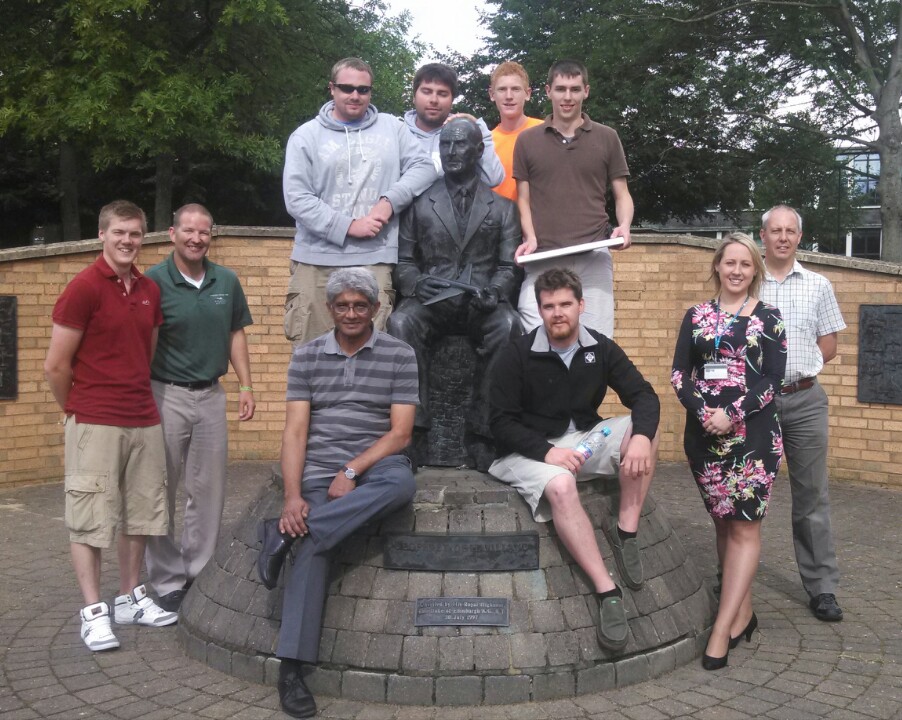 Sandwiched between the three days at the University of Hertfordshire was a visit to Lakenheath RAF base and the Duxford Imperial War Museum.  The visit to Lakenheath was a highlight of the trip as we had a guided tour by Captain James “Trace” Hayward of the USAF Strike Eagle Fighter Squadron. This was the fighter squadron that was involved in the bombing raid on Libya and it was quite an experience gaining a “behind the scenes” tour of the squadron. This included seeing the fighter pilots mess and standing directly on top of an F15! 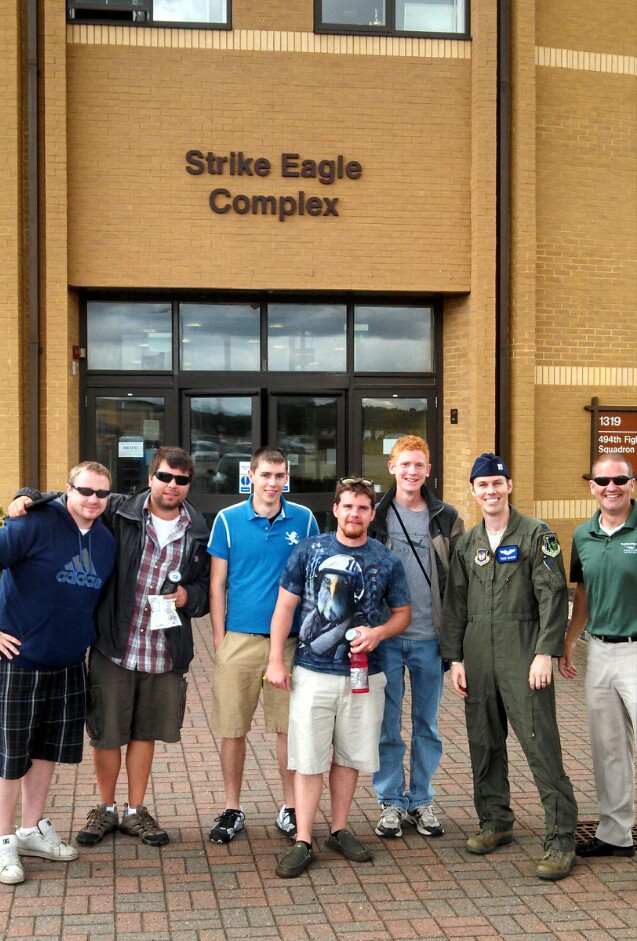 The middle weekend the students had the opportunity to visit London, and the traditional open top bus journey around the city gave everyone the opportunity of seeing all the sights: Big Ben, Houses of Parliament, Buckingham Palace, Tower Bridge and Tower of London, to name a few! The ticket also included a boat ride along the River Thames which was pretty cool. 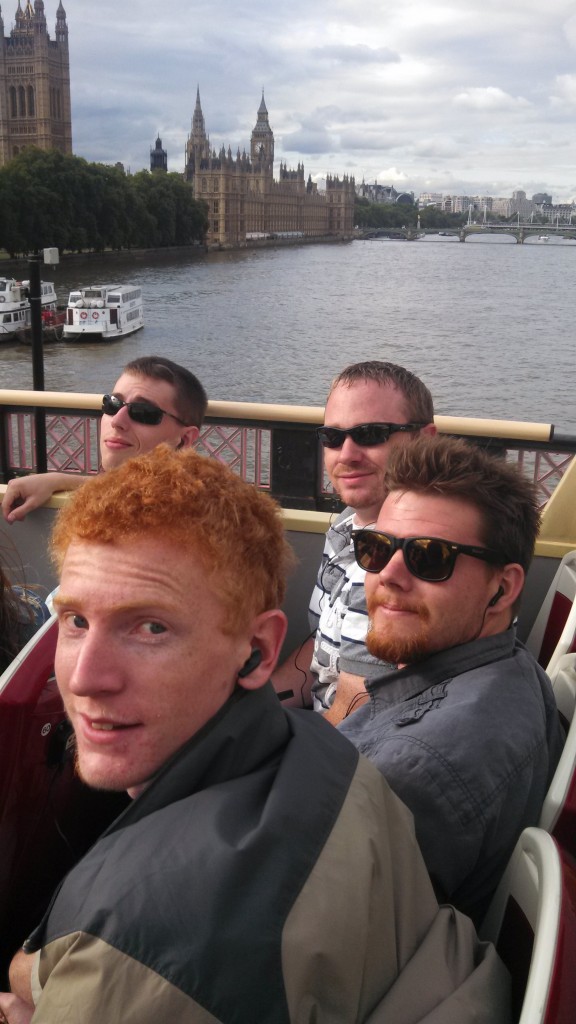 At the start of the second week we drove to Bristol, via Bath, for fantastic tours of two major aviation manufacturers Airbus and Rolls Royce, as well as a visit to University of the West of England (another NMC Aviation overseas partner university.) This gave the chance for students to gain some basic understanding of the size and make-up of these companies, and how they operate in a global aviation market. 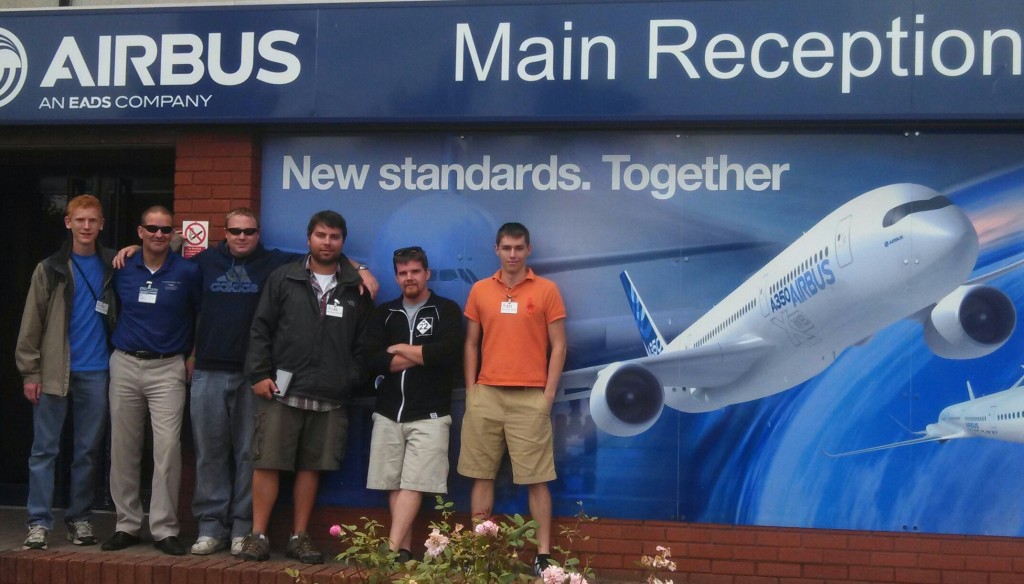 Following our trip to Bristol we headed to Littlehampton, West Sussex, where we were based for the remaining part of the trip to undertake some flying at Southdown Glider Club and Goodwood Aviation. Goodwood Aviation, based on the Duke of Richmond Estate, in Sussex, also has some interesting historic links to Michigan. The flight school is based at Westhampnet Airfield, which was the base of the first USAF Fighter Squadron in WWII. What is fascinating is that this first USAF Fighter Squadron was also from Michigan, USA!

The glider flying was exhilarating, especially as each student had the opportunity of doing a 360 degree loop over the Sussex Downs. I don’t think any of the students realized they were going to have the opportunity of gaining some aerobatic flying in a glider during the trip!

The following day was spent flying at Goodwood Aviation.   In the morning we had a briefing where UK flight instructors provided an overview of flying in the UK and airspace. The students completed some flight planning before a flight around the Isle of Wight and through Southampton International Airport airspace. On return we were also fortunate to have a guided tour of Goodwood Aviation and see the Spitfire take off and land. What a beautiful aircraft, and a noise which any enthusiastic aviator would appreciate. 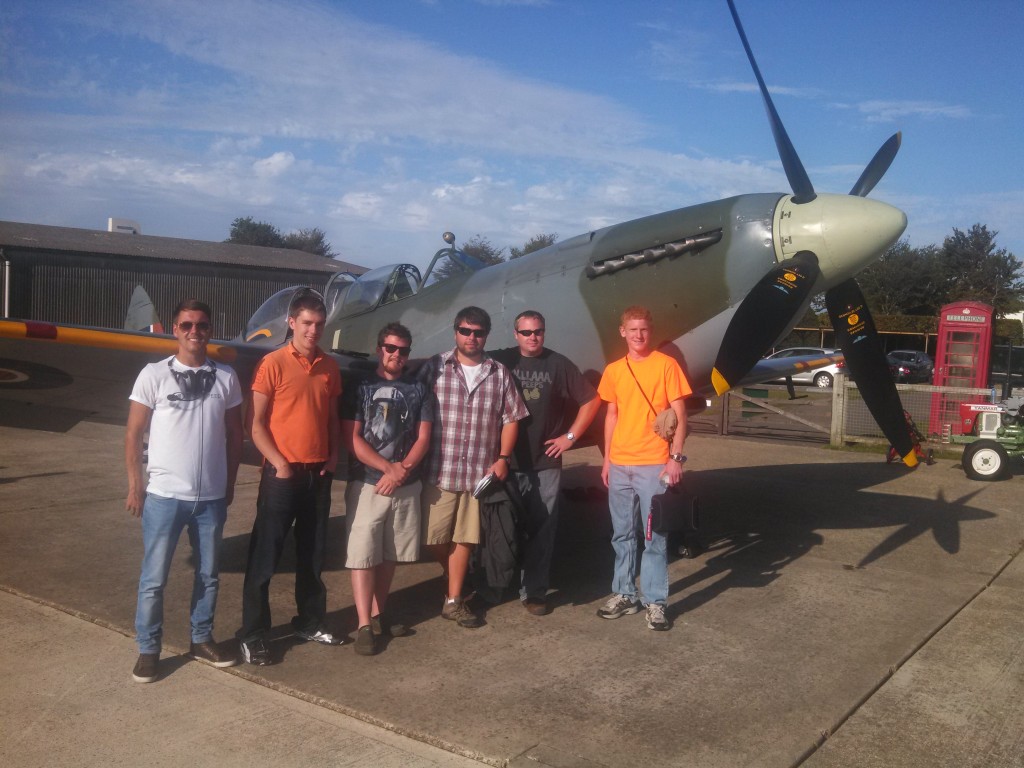 The final day gave us a chance to visit Portsmouth Historic Dockyard, which is home of the Royal Navy and an active military dockyard. The dockyard visit also included tours of HMS Warrier, HMS Victory and the Mary Rose and was made even most special in the fact that the modern day Type 45 Destroyer, HMS Defender, Royal Navy returned to the harbor during our visit. To be fair, I probably enjoyed this more than the students as it made me very proud to be British! 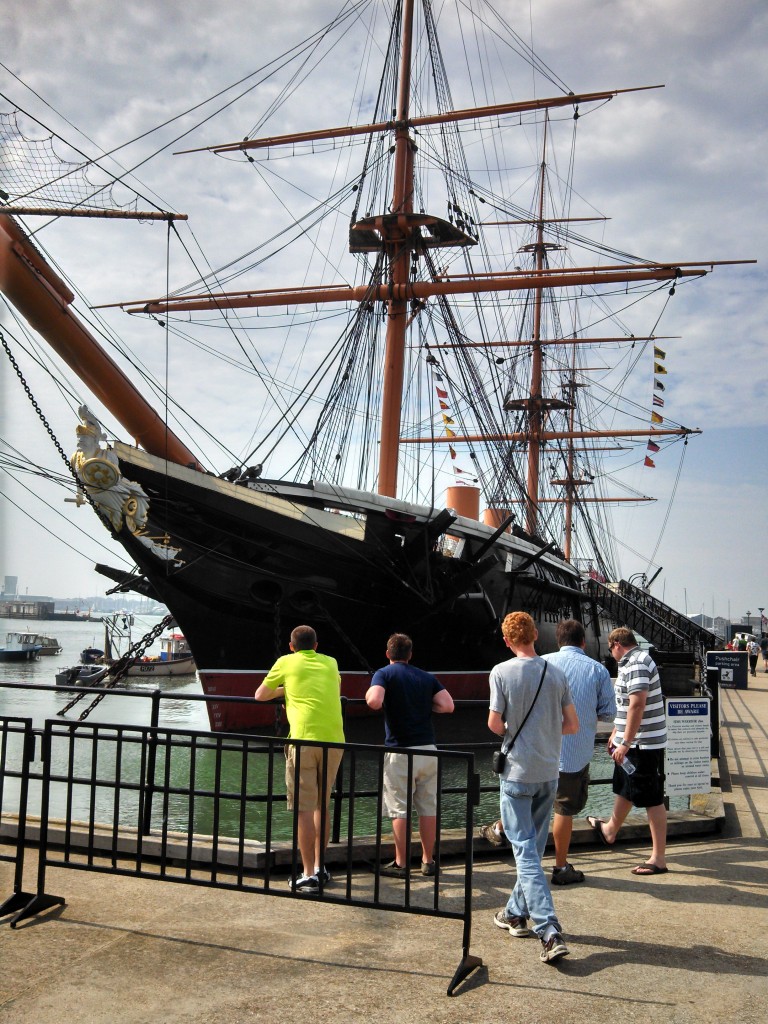 I think it is fair to say that all the students thoroughly enjoyed the overseas course.  It enabled them to broaden their horizons, gain an appreciation of British history/culture, understanding into different aviation operations and some actual overseas flight time!