Randy is a student in the Freshwater Studies program at Northwestern Michigan College. He has been the recipient of several scholarships: Adopt-A-Student, the Global Opportunity Fund, the Science/Math Honors Merit Scholarship, and the Jensen-Lena C Scholarship.

Randy visits a waterfall near the Arenal volcano.

Randy has many reasons to celebrate summer. One of them is his successful completion of the Freshwater Studies Internship with an international, interdisciplinary team of students and faculty from Northwestern Michigan College in the United States, and EARTH University in Costa Rica. An accomplished chef with 40 years of experience, Randy is broadening his professional outlook, exploring a new career in water. We are very pleased to feature his internship story.

Randy writes about his experiences: 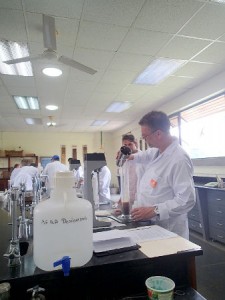 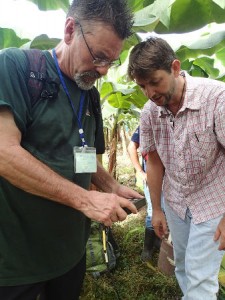 There are many things that impacted me during my Freshwater Studies internship in Costa Rica. The learning experiences I was offered were multidisciplinary and well-rounded, most informative and inspiring.

The most interesting thing I did was collecting water, soil and nematode samples, but, in addition to taking the samples, I learned much from the work we did in the lab, while we analyzed the samples ourselves. Lab work was particularly interesting to me because we performed several tests that I have never done before like nematode counts, chemical oxygen demand, soil density and pH. 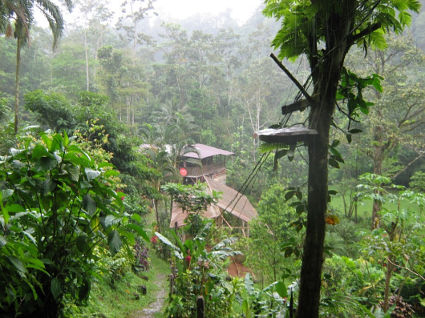 Lots of exercise walking down 115 steps to the valley!

Far and foremost, I will remember the Costa Rican people, who strike me as very friendly. I appreciated being exposed to many cultures at EARTH University, especially after being cooped up here in Northern Michigan for nearly ten years!

I had the fortune of visiting Roots, the farm where I did my homestay. Roots is not a farm, per se, as it doesn’t really produce any agriculture, but it is an ideal place to learn about sustainable life.

The property sits on approximately 7 hectares and is sunk deep in a valley, 80 meters, with a river along the rear of the property and some fairly intense jungle between the house and the river. There were 115 steps leading down into the valley. 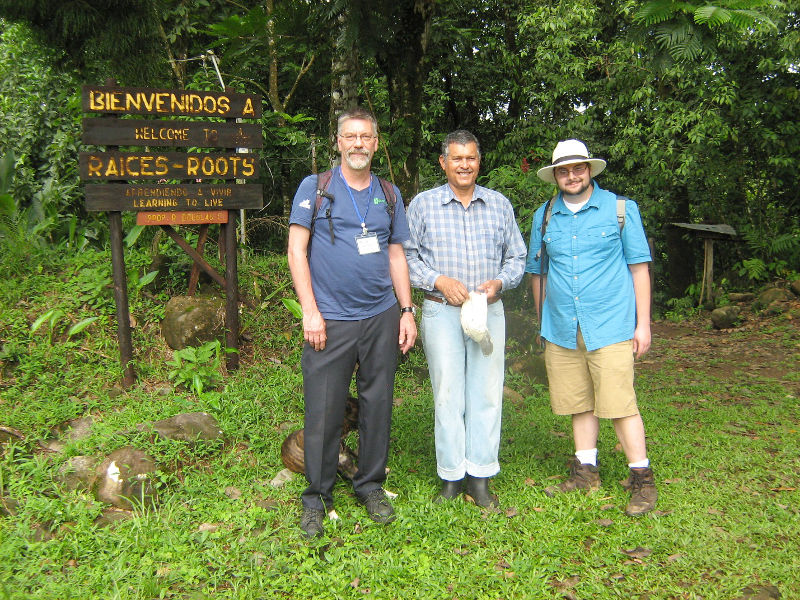 The owners, Douglas and María, raise tilapia, which they harvest twice a year. Douglas gives tours of his farm to school children, and others, promoting green living and existing as one with the land. He is also on a committee of ten people to preserve the river that runs behind his property.

The first day at Raíces we spent just touring the property and cleaning up some of the trails. That night I talked Maria into letting me cook the tilapia for the evening meal. I marinated it in garlic, chilies, fresh lemon and limes, and olive oil. Then I saute’d it with more chilies, garlic, coconut milk and finished it with hard butter. Turned out great!

Overall, this was an outstanding experience. I just wish we had been there longer so I could get immersed in Spanish and develop my language skills to the level I demand of myself. I did, however, learn how to say “Pura Vida” without an accent.