NMC Great Lakes Water Studies student Chris Horvath is in Iceland this summer on a Marine Advanced Technology Education Center (MATE) internship aboard Columbia University’s research vessel the R/V Langseth, doing research on the Mid-Atlantic Ridge.  Chris is sending us periodic blog posts to update us on his adventure.  You can read the rest of them here.

Before I delve into this blog entry, there are a couple things I’d like to address:

First, in the last entry I detailed our gravimeter aboard the boat and identified it as a Lacoste and Romberg G237 unit, which is in fact the portable unit I will be using when we land back in Iceland.  That unit is taken to various control points around the world where the exact gravity has been surveyed in using some other very sophisticated equipment.  The Science Techs and myself will be taking the G237 to two control points in Reykjavik:  At the University of Iceland; and, outside the Hallgrímskirkja (giant Irish Lutheran church in the center of town).  The data we get from those points can be compared to the calibration of the Lockheed Martin B210 unit that is secured in the main lab aboard the ship.  All the data we collected during the cruise can then be confirmed as accurate and true; though, calibration is done before the cruise as well, and the B210 is monitored throughout our cruise.

Second, there is a website devoted to this cruise, which also includes some blog entries by other members of the team:  R/V Langseth – Reykjanes Ridge Cruise

I highly recommend that you check it out for some different perspectives. 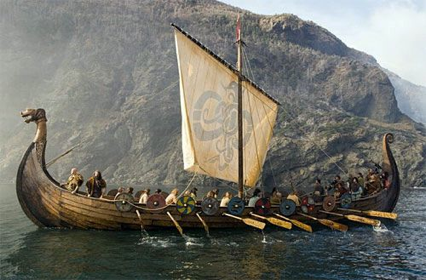 Iceland is well-known, as most cold-climate northern European countries are, for its penchant to age fish for long periods of time prior to consumption.  It seems there are a couple methods of doing this that date back to times well before the Vikings settled this island.  So, it can be surmised that they brought these methods with them; though, it is common knowledge that the Inuits of Greenland have enjoyed a fermented dish of birds called Kiviak for countless generations. 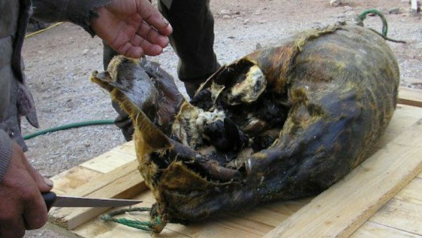 The preparation for Kiviak begins when seal meets club.  After much ado about seal clubbing, a small party of Inuit men (likely said clubbers of seals) scale sheer cliffs,  armed with loosely woven nets on 20-foot flexible poles and recently acquired seal-skin sacks.  It is nesting season in the Arctic and these cliffs are choice real estate for Arctic Auks.  One-by-one as the birds leave their roosts, they are snared in the nets and brought back to Earth, where the Inuit men promptly break both wings and stuff the living birds into the sack.  This technique is repeated until about 500 flopping auks have been wrangled.  The sack is then sewn shut, buried under rocks so as to keep at bay the hungry mouths of polar bears and Arctic foxes, and left until winter where they are brought out for only the finest of occasions (weddings, birthdays, and – I imagine – the occasional bachelorette party). 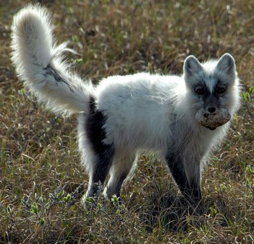 In Iceland, one method for aging fish is to hang the catch on hooks, in an open shelter with a roof but no walls.  This method made sense during the first days of settlement, since the largest predator on the island were foxes; and, hanging the meat high enough significantly reduced the number of thefts and fox-sized bites missing from the wettest, smelliest portions of the fish.  At times however, ice floes brought with them the very same polar bears from Greenland, who were now quite ill-tempered having wasted a good portion of the prior year trying to get a mouthful of rotting auk.  Also, the limited number of catches made in a season made it less amenable to advertise your food stores for all neighbors to see, since disagreements over property were typically settled with the meeting of axes. 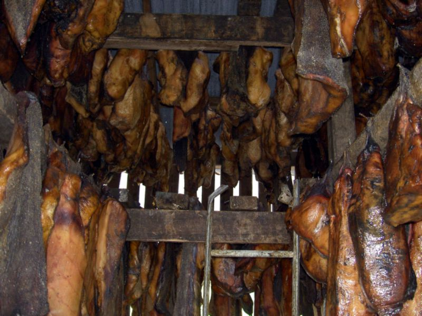 So, burying fish became all the rage.  As a result (it’s assumed that) dinner parties were cancelled, invitations “lost in the mail”, and the off-shoot stationary shops of the seal-skin industry went by the wayside.  This method was quite simple: find sandy hill; dig shallow hole in hill; toss fish in hole; bury with sand and gravel; top off with stones – so as to press out the juices; dig up in several weeks; Bon Appetite! 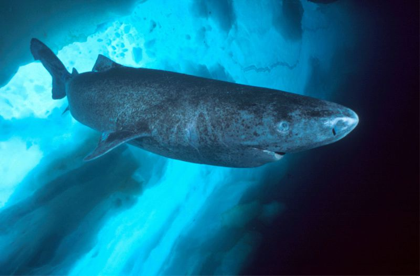 Whether by accident or insight, this method produced an altogether wonderful (or terrible) discovery, depending on your predilection for all things putrid.  Greenland Shark, or Hákarl as it’s known locally, is common in the waters off Iceland; but, the meat is naturally toxic due to the high concentrations of urea and trimethylamine oxide.  The elevated level of these chemicals make shark blood mostly isotonic to their environment, allowing them to maintain osmotic balance with seawater.  While it’s true that most shark meat contains the same chemicals (see bullshark, and river shark), the Hákarl is particularly dangerous.

*Strangely enough, the most common shark steaks you will find served in restaurants in other parts of the world belong to the families Alopiidae and Lamnidae (thresher, mako, salmon, and great white shark) which are partially warm-blooded due to aerobic red-muscles connected to the core of the shark that generates heat through counter-current exchange.  Evolution – wee!

The typical preparation involves beheading the shark, then burying in similar fashion, only with much larger stones on top, for six to 12 weeks.  When Hákarl is aged in the burial process it is called Kæstur Hákarl.  The meat is then chopped into large chunks and hung up to dry for several months.  Of note, during the fermentation process the urea is broken down by happy little bacteria who produce ammonia as their waste.  This provides a not so palatable balance between ammonia and rotting fish – though I’m told it’s quite a treat.

It is also worth noting that whale is sometimes aged in this process; though, I’ve only found melted whale fat, and fresh-caught seared whale steaks. 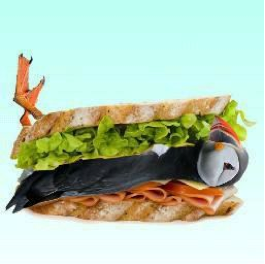 Now, I must address the many suggestions put upon me by several of you regarding the indelible puffin.  Yes, puffins are cute.  Yes, puffins are numerous.  But, no they are not here right now.  They aren’t nearly as big as on TV.  And, it’s going to be pretty darn hard to find a puffin burger (Lundi) out of season.  Though, I’ve heard tell of a place…I’ll have to get back to you on that one.